In my August 9 post, I reviewed A Breviary for the Lost: Poems for the During and After by Loren Niemi. The following excerpts from my 2012 memoir, Poetry, Politics & Passion, parallel portions of his book and fill in a bit more about our political history and friendship. The following paragraphs are found in PP&P’s first section, “My Life in the Peace Movement” pages 25-33. Copies still available!

The College of Saint Teresa no longer exists, having gone the way of many all-female educational institutions. In the mid-1960s when I attended, it was located in Winona, Minnesota, a little town nestled between tree-covered limestone bluffs and the Mississippi River, about 120 miles from the twin cities of St. Paul and Minneapolis.

During my upper-class years at the College of Saint Teresa, I was aided and abetted in my “subversive tendencies” by a 19-year-old named Loren Niemi. He lived at the Christian Brothers scholasticate at St. Mary’s, the all-male college that, in the manner of the times, was counterpart to my all-female school. When we met, I was unaware of his seminarian status; I knew only that he was taking classes in Saint Teresa’s art department. We lingered for hours in what was demurely called The Tea House, a literal vine-covered cottage that served as the CST campus café. Our conversation spiraled around painting, poetry and politics and it didn’t take me long to become captivated.

Then, as today, the pretty boys were often not as attractive as the smart, articulate ones who appealed to that biggest sex organ, the brain. Loren, with his prominent nose reminiscent of a wise-cracking cartoon bird, his dark-rimmed, scholarly glasses and lanky build, was not handsome. However, his rebellious mustache and intense blue eyes were winsome, and the way he loved to yak—about things of substance—that was damn appealing. In the first months of our friendship, what I did with Loren was mostly in the manner of steadying the ladder while he secured “Out of Vietnam NOW” posters on light poles out of reach of the campus police. Later, as we each amassed a litany of transgressions that threatened (at least his) continuation in school, we became each other’s mirror, confidante and inspiration.

In my files marked “L. Niemi,” among pages of mimeographed and typed letters, poems, slightly off-color drawings, and even a Valentine, I’d found the following, handwritten in paragraphs randomly scattered over the page:

Got tossed out of the Education Department. The selection committee decided that I was too immature, too imprudent to be trusted in the classroom. What it really means is that I am too honest and too radical for them to feel safe. No student teaching, no education courses, nothing at all. It’s like having one of your balls shot off. It hurts you know!

Loren showed me today, 38 years after our first cup of coffee and 34 years after last seeing each other, a photo of me sitting among the easels and canvases in the college art department, looking over my shoulder at the camera with an impish smile. He has it in a pocket-sized album, created perhaps in honor of the project he is now working on, a “novelized memoir” called “Bad Brother.” He proposed this Minnesota-to-California visit “so we might spend a day thinking together about those turbulent times (1968-71) to see how they shaped and informed who we were and who we have become.”

He taped our conversation on his old Sony cassette player and I recorded on my digital mini disc recorder. “You lived in the row of candy-colored duplexes on Erie Street. They looked like cupcakes that were left too long in a bakery window.”

He was talking about the summer of 1968, when I moved to Minneapolis for 3 months, ostensibly to be in near Sandstone Prison for visits with Bob my fiancé, who resisted the draft), but I think I really wanted to be in the city where Loren lived.

“Once I came over to your place after driving cab all night, and flopped down on your puke-green couch with a terrible headache,” he said. “You lay down on top of me with an aspirin between your lips, kissed me, and shoved it down my throat with your tongue.”

This I did not recall.

“In the afternoons, we’d sit in the back yard drinking beer. You read me obscure poetry and teased me with an unbuttoned blouse.”

But what I remember for sure are the eight hours I spent at a job Loren secured for me at his father’s commercial laundry and linen service. I stood under a conveyer from which drawstring bags of soiled hotel tablecloths and sheets swayed like chubby ballerinas. After pulling the string to drop the laundry onto the table before me, I sorted, hoisted, smelled it all. I had sympathy for the women of color who were my co-workers, but not enough commitment to find out what this kind of manual labor was truly all about.

“Uh uh, I said well before the day’s closing whistle. “No thanks. Absolutely not.”

I punched out for my first and last time, and within a few days landed an 8-week job ushering delinquent preteens through field trips at a summer day camp.

In the meantime, students raised hell in the streets of Paris, as the Summer of Love was followed by the Summer of Riot. Our hopes rose with presidential peace candidate Eugene McCarthy, and then plummeted with the murder of Robert Kennedy and television images of the bloody batons of Chicago police outside the Democratic convention.

During our mutual interviewing about our joint past, Loren continued to ask: what would be the hardest thing to admit? What do you not want me to know about you?  Besides spending his life in community organizing, teaching, and public policy work, Loren is a professional storyteller and author. He signed his book, Inviting the Wolf In: Thinking About Difficult Stories with: “For Jennie. Tell well, tell often, tell true.” 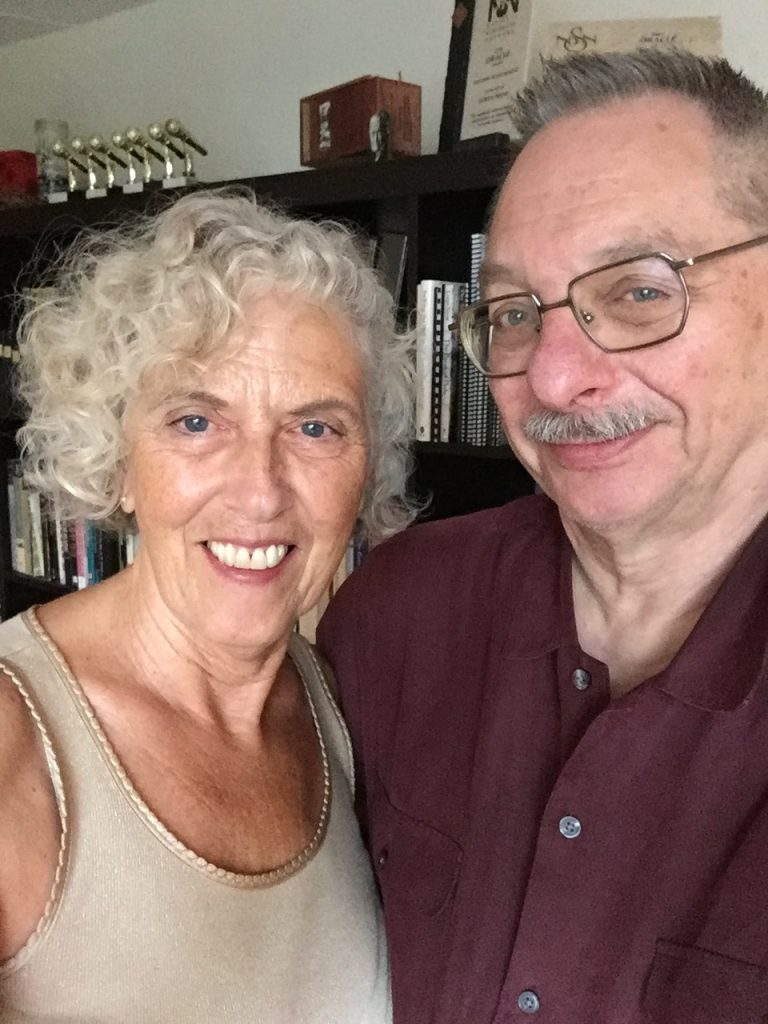