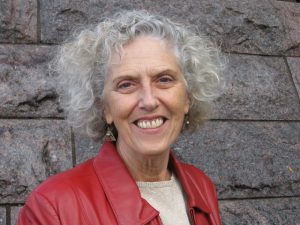 She is also a feature writer who has been published in The Bohemian and other Sonoma County newspapers. Her radio credentials include a two-year stint at KRCB FM 91 as a producer and on-air interviewer for the literary salon, “Word by Word” and the poetry programs “Come, Said the Muse” and “Poetic License.” Awards include: 1st prize poetry – Copperfield’s The Dickens; second prize in Java Jive contest (North Bay Bohemian); and  The Don L. Emblen Award from Santa Rosa Junior College for achievement and promise in creative writing.

Jennie Orvino was born and raised in the suburbs of Chicago, lived in Milwaukee for 10 years after college and then moved to Sonoma County California in 1978.