Many people are writing “Where were you when..?” stories of September 11, 2001 on this twentieth anniversary of “the day that changed everything.” I would say that perhaps August 6, 1945, had been such a day for the citizens of Hiroshima, or that deathly hot day in August 2005 when Hurricane Katrina washed away the home and the child of a mother in New Orleans. Disaster and terrorism from the sky can come to any person at any time, and change everything.

That was my first thought this morning. My second was remembering the trembling voice of U.S. Rep. Barbara Lee as she voted No to the rushed “authorization for use of military force” (translated: endless war) and said to her fellow House members, “Let us not become the evil that we deplore.”

In her interview with Amy Goodman this week, Rep. Lee read from the report of Special Inspector General for Afghanistan Reconstruction (SIGAR). “We were not equipped to be in Afghanistan…did not understand the Afghan context, including socially, culturally and politically. U.S. officials rarely even had a mediocre understanding of the Afghan environment much less how it was responding to U.S. interventions.” So many lives, so much money…

And now to my third thought: clear memory of being awakened by a ringing phone on that September day twenty years ago; it was a lovely and sunny here in California too. The voice of my daughter Rachel, then age 30, who was living in New York City at that time, gave me the awful news. The first thing I said was, “Now there will be another war.” She said she was about to leave for work.

Miraculously, I was able to get a phone line later in the day. Rachel told me she had walked many blocks home and was now safe in her and Tom’s apartment. I took my own walk then, along Copeland Creek. Here’s a never-published poem I wrote afterward; all political thoughts left behind, I focused only on my dearest.

LOVE IN THE TIME OF TRAGEDY

I’m taking a walk and trying not to think. A slain
grocery cart on its side in the brackish creek, mallards
with their bottoms up looking for breakfast in muddy pools,
an egret perched on the pedestrian bridge, bleached in light.
If I take an aggressive step, it will spread its pure white grace

and take off east. On the upper east side of Manhattan
my daughter lives, “so proud to be a New Yorker.” This day
no boats like ducks on the Hudson. In an ashen shroud she walks
40 blocks from work to her safe home, but I still think of her
as a target, brunette hair iridescent, like feathers.

I let this child go, tossed her into life as one would toss
a homing pigeon, or a dove. Now I look for her
in the returning flocks, skimming city rooftops like derelict flags.
But she is on a separate arc. Solid in the foreground, my hands—
twice as big as my head—are waiting, palms up, just in case.

She posed for my camera all her life: as a toddler playing in
the bubble bath, or learning to tie her shoes, the princess
twirling in her crown and cape, the maiden in her yellow dress
in a field of yellow mustard, throwing flowers in the air,
her smile the fullest bloom. Unseen in the photograph,
our muddy shoes, the patch of damp fabric where she sat.

“I love you to pieces,” I used to say
but I’ll never say it again.
I want her whole, and with me,
in any ordinary circumstance. 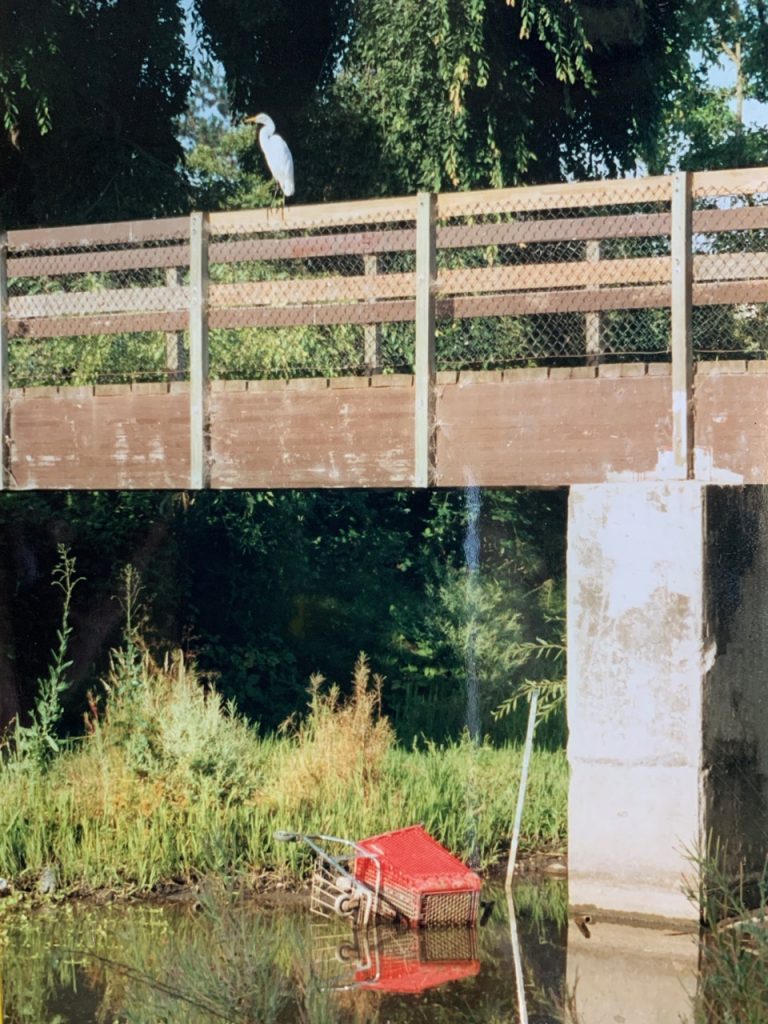 New York Visit with Rachel and Tom, May 2001 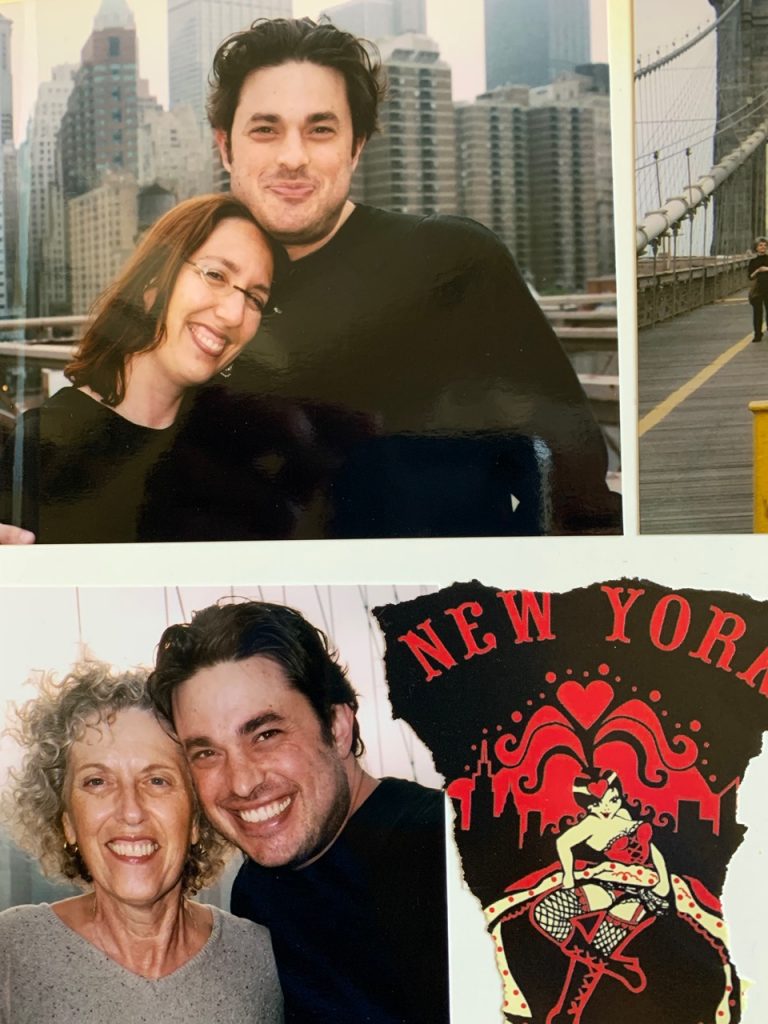