One month to the day after the forever-awaited presidential election, ****p is still gaslighting the American people and declaring himself the winner. (Credit goes Stephen Colbert’s Late Show for the typographical depiction of the soon-to-be-former POTUS).

As the coronavirus rages in the USA with more daily cases ever and the highest death toll in the world, and while food bank lines of cars stretch for miles, he spends the time he isn’t golfing inciting his followers with conspiracy theories and abject denial of reality.

Bill Clinton was impeached (and acquitted) not for his sexual relationship with a White House intern 27 years his junior, but for lying and obstruction of justice. That pales beside the four-year onslaught of untruths numbering past 20,000 by the current occupant of the White House.

And now ****p  is gathering mounds of cash to pay his campaign debt by continuing to fund-raise for his bogus legal fights.  You may or may not believe that the erstwhile presidential lawyer and co-liar is being paid $20K per day to prolong this losing battle (perhaps to bank some cash for his possible prosecution?)

I think it is important to note that in order to pardon someone, the president has to admit within the pardon document that the person has committed a crime. Considering yesterday’s report of possible pre-emptive pardons, (dubbed by Brian Edwards-Tiekert of KPFA “pardonpalooza”), will ****p say what crimes Rudy Guiliani has committed, or what crimes his children and son-in-law should be pardoned for?

President Obama did many things I did not condone (the drone kill program, letting Wall Street execs go scott-free for their role in the 2008 financial crisis, his role as “deporter in chief”) but at least his first lady cared, and did much more than walk down staircases clutching his arm (or vise-versa). Obama’s daughters were not sued by the New York Attorney General for abusing funds from their charitable foundation.

Even Republican officials are past the breaking point — at least a year too late (I’m counting from the  impeachment trial in far-away January 2020.) On December 2, Georgia election official Gabriel Sterling pleaded with the ****p camp to stop stoking election fraud claims which have brought intimidation and death threats to poll workers. “Someone is going to get hurt, someone’s going to get shot, someone’s going to get killed and it’s not right.”

And not only poll workers. There have been death threats to the employees of Dominion Voting Sytems, one of whom had to go into hiding after his address was published. In Georgia, Secretary of State Brad Raffensperger said he had been the target of multiple death threats. Arizona Secretary of State Katie Hobbs released a statement on Wednesday reacting to “ongoing and escalating threats of violence directed at her family and her office.”

Come on people! Are we a third world country? How can we allow a tin-pot dictator wannabe to keep this up for an entire month?

I had a miserable day Tuesday, with frustrating computer issues, brain fog from several sleepless nights in a row and the stress everyone is experiencing from isolation, fear for our health, and the daily struggle to just go on with our lives in light of economic challenges.

I’m writing this to get it out of my head, and to bless the help and comfort I received from friends and family which helped me get almost a full 8 hours of rest last night. When I woke up, I felt the fire to get back to my blog.

Immense credit must go to my 12-year-old grandson for his “Joke of the Day” videos; he has sent me 18 so far,  “because I love you so much, Gramma.” Not sure how to link videos sent to my phone here (if you know, tell me). Theo shares baseball jokes because playing catch and doing batting practice are fave things we do together.

Q. What happens when you cross a tree with a famous baseball player?
A. Babe Root

Q. What do you call a haunted baseball stadium?
A. Field of Screams.

Q. Did you know Chewbacca played baseball?
A. He won “Wookie of the Year.”

There, now don’t you feel better? 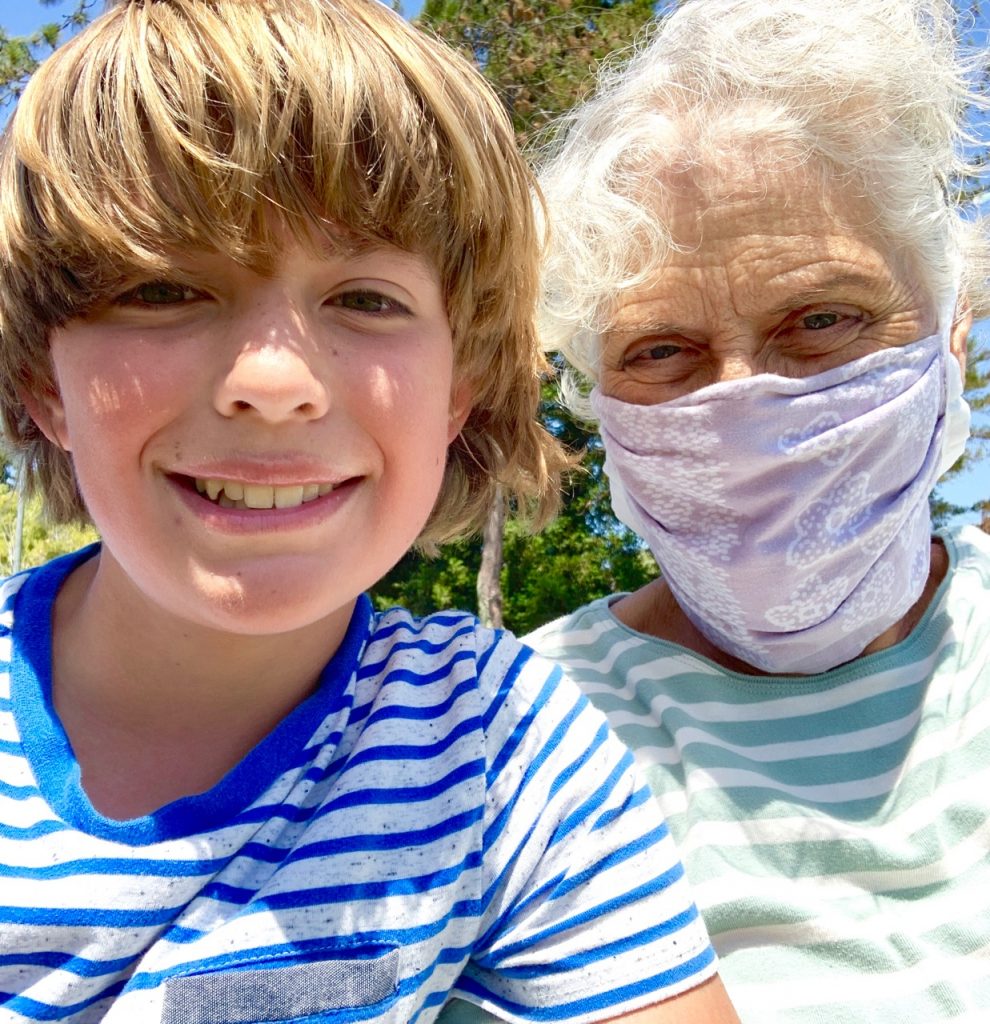