I’ll admit that one of my biggest fears is losing my mind. A friend said it might be a blessing in these times not to remember political outrages and cruelty, but I know she was only joking. Films like Still Alice, Away from Her and The Notebook, while beautifully made as works of narrative drama, were very hard for me to watch, especially because the Alzheimer’s disease victims were all women that reminded me of myself.

Recently my daughter sent me a link to this New York Times article with the message: “Science is backing you up, Mom.” A new study has shown that the “cognitive demands of dancing, which require people to learn and master new choreography” affects the biochemistry of tissue in a part of the brain involved with processing speed and memory. Aside from the fact that the pure fun and social interaction aspect of partner dancing has been my life’s most effective anti-depressant, it’s good to know that my classes, practice and competitions are likely preventing dementia.

At a recent Arthur Murray Dance Centers District Showcase in San Jose which I attended, those present pledged nearly $11,000 to the Alzheimer’s Foundation. (More on ballroom dancing brainpower here.) I recently posted to Facebook a video “starring” Professor Rafi Eldor who has kept his Parkinson’s at bay by taking up ballroom dancing (and excelling at it judging from his performance following his TED talk.) One of my fellow students at the Santa Rosa Arthur Murray studio credits dance classes with aiding in his recovery from traumatic brain injury as a result of a rollover truck wreck.

You might think you “have no rhythm” or “two left feet” but I’m happy to host anyone local who wants to come to one of our Tuesday or Thursday dance parties to try a beginning class or take a free private lesson. A 2003 study from the Albert Einstein College of Medicine found that dance was the only leisure activity, out of 11 different types, to lower the participants’ risk of dementia. I’m determined to cha-cha, rumba and waltz into my final decades. Join me? 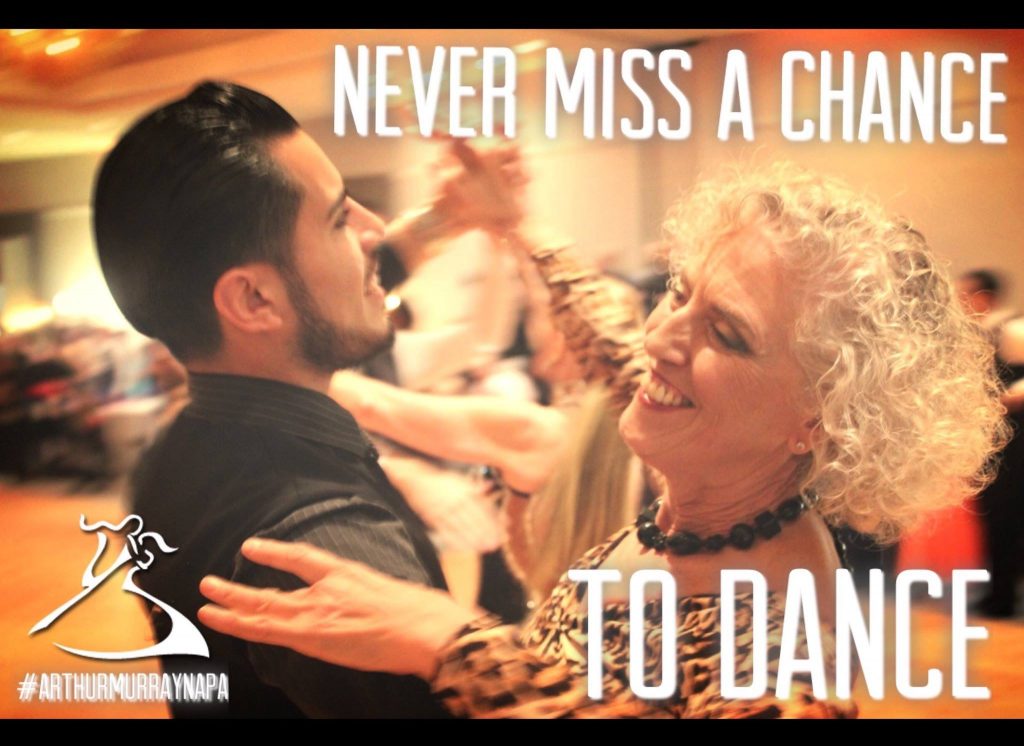