Since I was a teen, I thought having a summer birthday was the coolest. Looking forward to a midsummer party that included music, dancing and a hint of romance kept me going for the entire month of July. As an adult, the July 29s that marked the decades are the ones I most vividly recall.

At age 40, I was still married, lived in a condo in Rohnert Park, and the party happened poolside. Photo documentation shows I wore black lace, had a hairstyle very short at the neck and curly on top, and served champagne to my crushes of the moment—my Rolfer (hurts so good) and my karate teacher.

At age 50, I was freshly divorced, my parents had just passed away, and I had published a new book of my poems from which I read at the party. This half-century marker was catered by a local celebrity chef with live music provided by the Dave MacNab trio. My brother and sister-in-law were visiting from Chicago, I think it may have been their only visit to me here in California. A friend had allowed me to use her Sebastopol home (large deck, large living room) for the occasion. I repaid her the next day by dumping charcoal that was not quite doused… and burned up her garden shed before an alert neighbor called the fire department.

At age 55, my at-home party was progressing pleasantly to cake cutting when I spilled boiling water from an unstable coffee filter onto the front of my body, causing a second-degree burn on my belly (scar visible to this day). Photos show me lying on the floor, my midsection covered with ice from the party drink chest. I felt fine but friends insisted I go to the emergency room; all the guests departed, too quickly and most without cake. I sadly and reluctantly (nothing hurt) allowed Peter to drive me to Petaluma Valley Hospital where I got salve, a bandage, and pain killers I never took. Medical personnel complimented us on the quick application of ice.

“Sexy Sixty” birthday was a grand affair, with a top-notch party committee and enough money spent to cover a modest wedding. It was held at a local synagogue that was a dance hall when I first moved to Sonoma County, and we made it a dance hall again, with my Argentine tango friends making a positive contribution.  My birthday performance, documented by then-primitive video, was a tango valse with friend Maurice as my teacher-partner. One of my oldest friends, Ashbolt Stewart visiting from Portland, gathered musicians to play rock and roll. Many of my gifts were entertainments provided by those in attendance, including a lap dance from Catherine Rose which I enjoyed thoroughly.

Five years ago, I celebrated the beginning of my “Spectacular Seventy” decade as a combo of birthday and first-time home ownership. We were blessed with great weather and my daughter helped host so I was able to relax and visit with the dozens of folks who blessed the property by showing up with love. Best present was a salsa lesson from Rafael and Isa, and subsequent bootie shaking on the cement patio dance floor.

And now approaches the “diamond anniversary” of my birth. No trip to Italy as I had envisioned. No party grandly produced. Despite the many good things on which I focus, namely being alive and healthy as many of my generation are not, there is exhaustion. With years of Trump disaster and disgrace turning into Trumpism running rampant through the body politic, and vaccine resistance that threatens to erase all our sacrifice and gains of the past 16 months, I am feeling tense and sleepless. I want to be upbeat, and I’m finding it more difficult than I had anticipated.

For the fourth year in a row, my dear Bethrenae is taking me to the beach for a long walk to inhale ocean air. I am anticipating a feeling of appreciation and solace, hoping for a sense of inner peace. At this moment, it’s the birthday gift I want most. 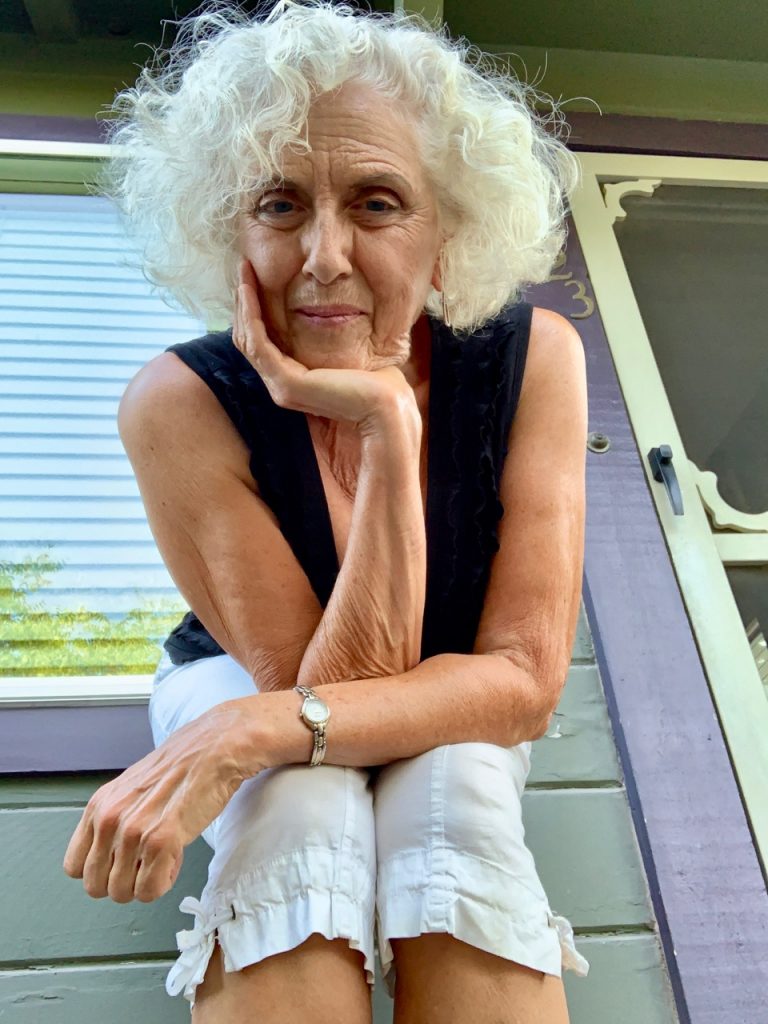