I started a story for a local publication, but the editor decided—not enough “there” there.  I enjoyed interviewing the women associated with Safari West and the Oakland Zoo and wanted to give them a bit of a shout-out, with the hope that folks will support these institutions that really do care about research, conservation, and the well-being of the enormous diversity of our non-human neighbors on this finite planet. The question was “Are creatures in captivity benefiting from the lack of animal tourism?” 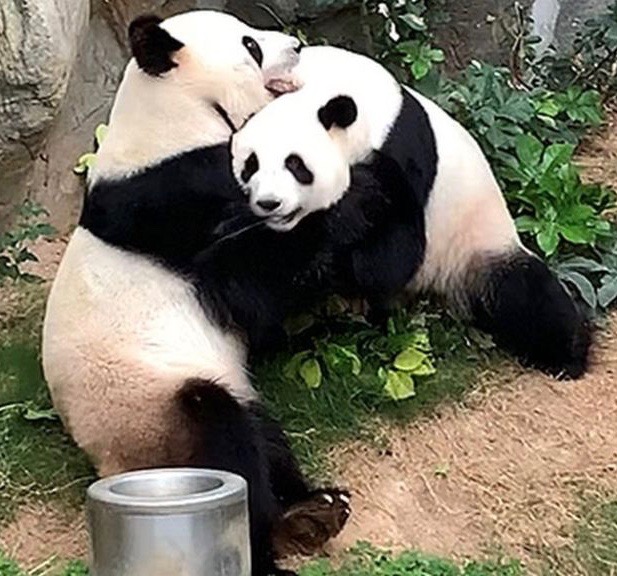 **
All they needed was a little privacy. Giant pandas Ying Ying and Le Le recently made world headlines by mating successfully after 10 years of cohabitation at Ocean Park in Hong Kong, raising hopes for an offspring for the vulnerable species. Perhaps Le Le’s libido was sparked by several months free of observation by throngs of tourists (the zoo has been closed to visitors since January 26 as a measure to fight the coronavirus). Or perhaps the zookeepers’ showing him video footage of other pandas doing the deed proved a useful how-to? A panda conservationist, Dr. Li Binbin, says, “These animals are shy and sensitive to noise, smell and objects around them. If they are stressed, they cannon indulge in normal behavior like mating.”

Reports of unusual behaviors in wild animals have proliferated on the Internet, from a lengthy video of a fox and skunk playing together in a Maine backyard to a puma descending from the Andes Mountains into Santiago, Chile, one of South America’s busiest capitals.

Aphrodite Caserta, public relations director for Safari West, “the Sonoma Serengeti,” says that the mammals, birds and reptiles from Africa that populate the private reserve don’t appear to notice the lack of visitors. “Our one thousand animals are wild and free to roam on 400 acres. They are interacting with their care-keepers daily, as they always do,” she says.

When pressed a bit further for anecdotes, Caserta speculates, “People ‘on safari’ can’t touch the animals, but we have a particular giraffe who is very friendly and likes to nuzzle the guests. It’s possible that he might be a little lonely.”

Ann Marie Bisagno, Oakland Zoo’s Zoological Manager, has this to say, “We thought the closure might be a nice relief for the animals, some peace and quiet, but the animals are missing seeing people. In particular, the chimps.” Bisagno asked the staff to have their lunches in front of the chimp exhibit, maybe show them some videos on their phones. A male eland in the giraffe exhibit approached a staff member walking by “and looked at us, as if to say, ‘Hey, what’s going on?’”

It’s true that some animals are indifferent, but certain species want more interaction, like the macaws and gibbons and other primates. While enrichment is part of the zoo’s routine in normal times, it is especially needed now when visitors are absent. Bisagno explains that “enrichment” can mean playing music for the animals, or, as in the enclosure for lions and tigers, hiding their food in boxes or palm fronds. Staff will also scatter elephant urine and zebra dung in the habitat, disrupting the atmosphere to get the big cats more active. She observed a group of giraffes turn to look in unison when they saw a lone employee walking by.

On April 1, the Oakland Zoo’s 110 part-time employees were laid off—that’s almost two-thirds of the entire workforce. Now, only essential personnel, made up almost entirely of animal care/zookeepers and veterinary hospital staff, are working. There are 750 native and exotic animals on the 100-acre site, managed by the Conservation Society of California.

The Zoo’s marketing VP Erin Harrison says, “We’ve had to be creative in finding new revenue streams since the closure, so we launched Behind the Scenes Live in record time. This platform allows subscribers to log in every weekday at 2:30 p.m. (PST) for a 20-30 minute live interactive experience, featuring a different animal and interviewee each time. Viewers get to see things they would not usually see, even when visiting the Zoo in person. A sampling of topics for the week of April 13 include: “Monkey Business,” “Let’s Talk Tigers” and “Wolf Pack.”

During each broadcast, viewers get to ask questions by typing them into a chat feature. The four-person production team and a host who formerly worked at San Diego Zoo’s Kids Channel ensure professional quality. Anyone can subscribe to Behind the Scenes for $14.95/month; Oakland Zoo members get the first month free, then pay $9.95/month thereafter.

“We’re hoping to get enough participation in Behind the Scenes to offset any more layoffs,” Harrison says. “Having reserves was key to keeping us afloat for the time being. But those reserves will run out by August if the shelter-in-place isn’t lifted before then.”

Yes, all of us “creatures in captivity,” have adjustments to make. 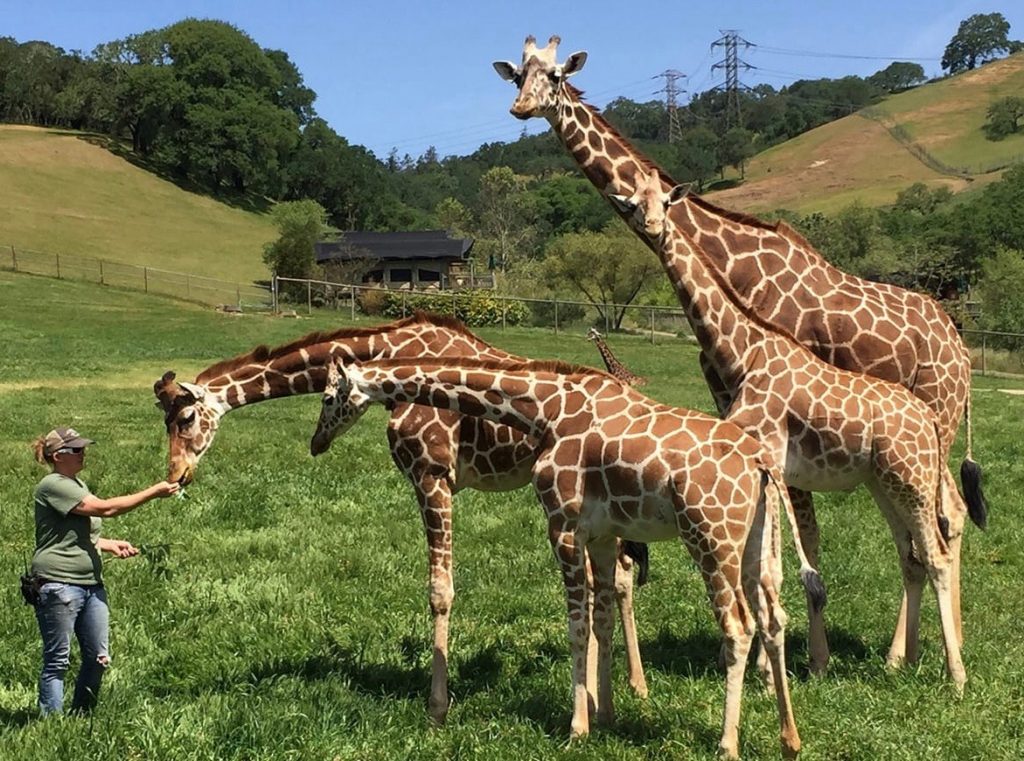