Next week I’m traveling to 50th anniversary events celebrating the Milwaukee 14—peace activists who burned draft files in September 1968, stood waiting for arrest, and then orchestrated a political trial to call attention to the atrocities of the Vietnam War. (See my blog post of 8/20/18). I dropped out of graduate school to work on the defense committee for “the 14,” and wrote about those times in my book, Poetry, Politics and Passion. I will be reading from that memoir at a music and poetry tribute on September 23. Below is one of the pieces for that performance. 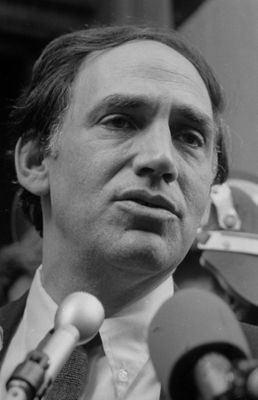 When the earth’s plates shift and slide, the best place to feel it is lying on a thin foam pad in a two-person tent beside an autumn creek, under California live oaks and fragrant pines. The morning paper’s headline pronounced it a 4.8 quake, and the breakfast chatter among the campers turned to jokes. “Did the earth move for you too?”

Scanning the newspaper below the fold, I felt a seismic tremble in my chest. At bottom right front page was his picture, glasses perched on disheveled gray hair, lips parted in argument. “Radical lawyer, William Moses Kunstler, dead of heart failure at age 76.” Images from another September, 27 years before, rushed back.

Our relationship began with an exchange of intense looks in the County Building elevator on the day he arrived to take over as the Milwaukee 14’s lead attorney, partnering with our respected local lawyer. I ignored rumors that said Kunstler was just that kind of Movement celebrity who had a sweetheart in every city. Even if he did, he was so attentive and present when we were together that I didn’t mind. I remember eyes deep as dreams under his bony brows, a high forehead and receding hairline with gray only in his sideburns, his full lips, and a voice that lavished the New York vowels. He was erudite and literary, full of noir humor just shy of sarcasm; his casual conversation peppered with fuck this and what-the-fuck. My housemates teased me about his name, always saying “Kunt-slur,” never “Bill.” When the legal team came to town, we always stayed up late, strategizing, drinking cheap beer, planning events to raise money for the defense of “the 14” and organizing for their trial.
…

I visualize clearly my third floor bedroom in the 40’s-built house on 21st Street, not far from Marquette University. My headboard with its curves and vertical bars is positioned against the window at the peak of the eaves. Elms not yet blighted and acorn-rich oaks rustle and let go their leaves. I am lying back on a white chenille bedspread, wearing the sleeveless red outfit that confirmed my identity in the front-page Milwaukee Journal photo of my near arrest. Bill lifts my skirt above my waist and lays his cheek on my belly. For some moments, he strokes the white cotton of my panties, then hooking two fingers under the waistband, slips the garment down and off as easily as a magician pulls a string of scarves from a tea cup. . . No one’s face had been between my legs before.
…

My scrapbook of memory opens to random clippings: Bill singing on the subway and reciting Chaucer in a Mexican restaurant called The Alamo; a flurry of letter-opening (envelopes with return addresses showing names like H. Rap Brown and Bertrand Russell) and wild tossing of junk mail into his office wastebasket. The time he called me at home in the early spring of 1971. When I told him I was married and had a baby daughter, Bill laughed his show-off’s laugh and teased, “Does she look like me?”

For more than two decades after that, somewhere on radio or television I’d hear news of him still working, still stirring it up. And growing more puzzling, even to his fans, for the controversial figures he defended. Leafing through an anthology of photos by the renowned Annie Liebovitz, I discovered her portrait of him sitting on a bench in Central Park, careless and crumpled as an old professor. When he played the judge in Spike Lee’s 1992 movie, Malcolm X, Bill quipped, “I’m a method actor, you see, although I don’t know what method.”

One obituary labeled William Kunstler “a defender of the despised” who was himself either an egotist whose “political sympathies bordered on the promiscuous” or a charismatic champion of human rights. He may have been both―the embodiment of the intense upheaval of the era, with its paradoxes, shocks and aftershocks. 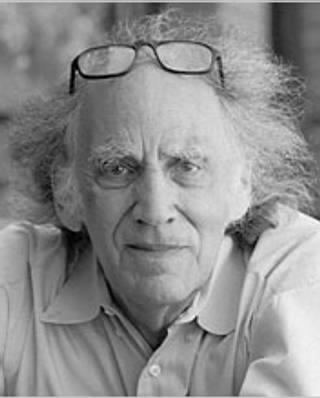