Friends have questioned why I start most days by hitting the remote for my ancient stereo receiver to tune in Democracy Now at 6 a.m. “How can you handle all that bad news the moment you wake up?” My answer has always been, “I stay hopeful when I hear intelligent people report and analyze what’s going on, when I hear under-reported news.”

I’ll admit, though, that Tuesday morning I felt queasy hearing a speech that candidate Donald Trump had given in Minnesota the week before the election. Amy Goodman reported this in the context of president Donald Trump’s Twitter silence about the bombing of the Dar Al-Farooq Islamic Center in Bloomington, the largest mosque in Minnesota. (Written text cannot convey the obnoxious tone of these remarks.)

DONALD TRUMP: Here in Minnesota, you’ve seen firsthand the problems caused with faulty refugee vetting, with large numbers of Somali refugees coming into your state, without your knowledge, without your support or approval, and with some of them then joining ISIS and spreading their extremist views all over our country and all over the world. Honestly, it’s hard to believe. It’s hard to believe. And everybody’s reading about the disaster taking place in Minnesota. Everybody’s reading about it. You don’t even have the right to talk about it. You don’t even know who’s coming in. You have no idea.

This story was followed by news of ICE agents showing up at California labor dispute proceedings to apprehend undocumented workers in what state officials believe may be cases of employer retaliation. (August 3, 2017 LA Times)

Many American cities are defying Trump policies and refusing to cooperate with the cruel, mean-spirited, immoral crackdown on immigrants who—my grade school civics books informed me—made America great. Our “Melting Pot” offered freedom of religion and speech, a refuge from wars and persecution to those from other shores seeking a better life. These are the individuals and families making our California economy prosper, who have revitalized many communities and inner cities nationwide, who have provided both manual labor and brainpower we sorely need in the US of A.

These are ordinary people like my grandfather, Onofrio Iovino.

Immigration officials in the early 1900s, perhaps disdainful of both Italian and Irish foreigners, or just weary of deciphering unfamiliar names, rechristened him “Frank Orvino.” That was the name he used ever after, working for the railroad in the Chicago area; the name he legally changed sometime before my father, Joseph Orvino, and his siblings were born. It’s the surname I’ve kept through two marriages, the name whose musical sound I loved in its original form, and still appreciate for the way it breaks down to “gold” and “wine” in Latin and Italian translation. 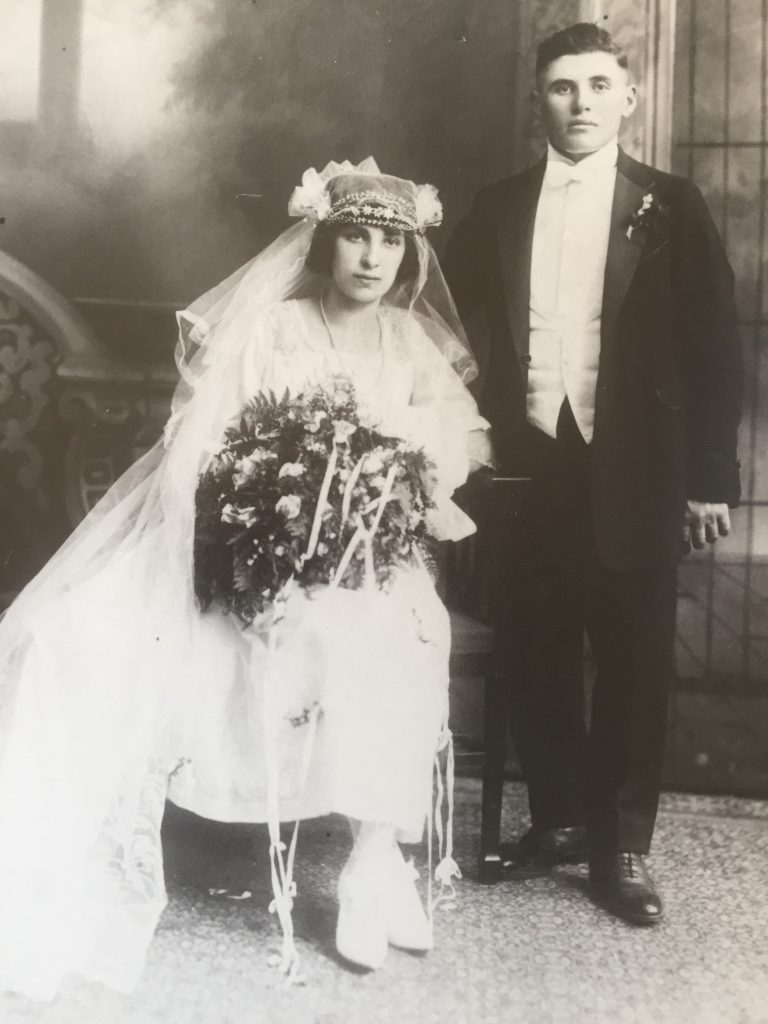 My maternal grandfather, too, was born in Italy, in the town of Nola, near Naples. Alas, I have not even one story about Leo Vincenti’s journey to America. I remember him first as a tailor and owner of a clothing store for men and boys at 122 Broadway in Melrose Park, Illinois. All I knew of my near ancestors’ tribulations were occasional taunts of “dago” or “wop.” But nothing life-threatening, deportation-threatening, bomb-threatening.

Even Lady Liberty in New York harbor, in the face of Trump henchman Stephen Miller’s remarks last week, seems to be shedding tears. Are we betraying the American values she represents? “Give me your tired, your poor, your huddled masses yearning to breathe free.”