What do Congressperson Maxine Watters, San Francisco Giants catcher Buster Posey, Pope Francis and I have in common?

We are all going to die, and we know it. True, all humans have birth in common, but death is the one thing we are conscious of in advance and have occasion to think about many times in the arc of a lifetime. Last Saturday afternoon, I attended my first Death Café. 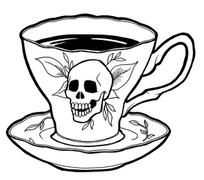 I had been curious about this movement, or phenomenon, after reading a 2013 New York Times article, “Death Be Not Decaffeinated: Over Cup, Groups Face Taboo.” More than speaking frankly about sex, and perhaps more taboo than talking openly about how much money we make, we find the prospect of open-ended discussion with strangers about death and dying morbid at best, disturbing and grief-triggering at worst.

For 90 minutes, I sat in the lounge of a beautifully hip retirement community in Santa Rosa with nine people I’d just met, taking in their stories, perspectives, and a wealth of new information. I found myself shifting from my joyful denial of aging (I’m as young as I feel; it’s all about attitude and staying fit) to more of an appreciation of “what a beautiful thing it is to be old; old age is the reward, the gift, the culmination of a story full of richness and complexity.”

In the social franchise called Death Café, according to the website, “people drink tea, eat cake and discuss death. Our aim is to increase awareness of death to help us make the most of our (finite) lives.” The discussion in which I participated ranged widely, and included questions like: What happens emotionally when we get a serious diagnosis? How do I get an aging parent to make an Advanced Directive? How does a childless or single person deal with solo aging? If I don’t have a lot of money for residential care, how do I create a support infrastructure for my final days?

The alternative to aging, of course, is dying young. As one 80-something gentleman at the Death Café pointed out, “It is all value-added at this point.”

I’ve certainly lived past the middle of my life and I spend a lot of time considering things like getting my will updated and estate plan finalized. Here are some of the resources I heard about at the Death Café gathering:

The Village Movement; Elder Orphans Facebook page; Final Passages of Sebastopol; My Care My Plan: Speak Up Sonoma County, and the most fascinating–“death doulas” who help ease the transition out… just as midwives ease the passage in.

In the 1970s, I was a childbirth educator and have coached two friends through their birthing experience. I used to tell my students that knowledge of the process helped alleviate the anxiety and tension that produced pain in labor. It helped to “let go” into what was happening to their bodies. Our Death Café facilitator, Tess, pointed out that aging and death represent the ultimate giving up of control.

The French refer to orgasm as le petit mort, the little death. Sex, childbirth, death—all require a profound surrender. As I hang out more at Death Café Sonoma County, I’ll share what I learn.